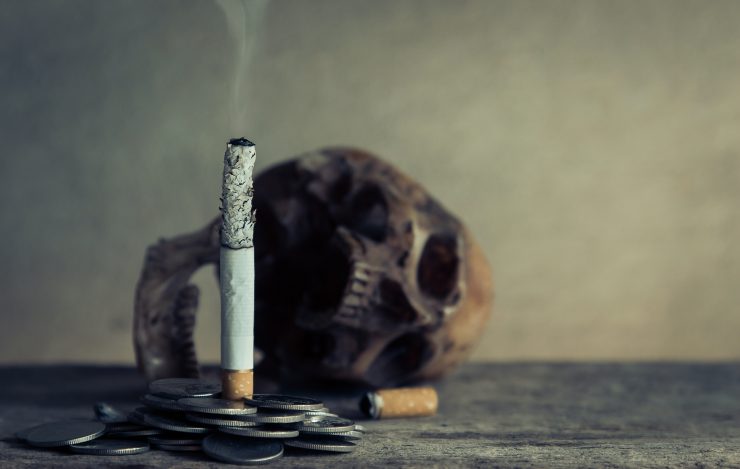 Nicotine addiction is very strong and powerful. In recent years many health concerns raised about smoking. Most people start in teenage, easily get influenced by those who regularly smoke

According to WHO 12% of world’s smokers are in India. Every year 1 million people die due to lung caner and other tobacco related diseases which includes active and passive smoking

Cigarette smoke made of different chemicals those are referred as carcinogens. Some of the chemicals found in cigarettes are lead, arsenic, ammonia and other elements

Those who have parents or friends are more likely to get the habit, some start to impress the opposite gender by looking cool and ends up getting addict.

To get socialize! when in break with a coffee, or hanging with group on weekend accompanied with smoking

Below are the 5 possible affects of smoking

A smoker has 3 times more possibility to get stroke. When blood clot in the brain it leads to more threatening problems like Paralysis, low limb movement, blurred vision and even death.

90% of the times is the cause of cancer both in men and women. The major case is chronic obstructive pulmonary disease (COPD) which damages tiny air sacs in the lungs

Nicotine do affect the genital parts of body through blood, which not only decreases the performance and in few cases more likely to cause erectile dysfunction.

It’s not limited to men, even women it lowers the sex hormone and more likely to get cervical cancer

Coronavirus Prevention: How to wash your groceries & food during the COVID-19 outbreak

Benefits of grape seeds for health and skin

The Miswak, a predecessor of the modern toothbrush

Don't be shy, get in touch. We love meeting interesting people and making new friends.

We use cookies to ensure that we give you the best experience on our website. If you continue to use this site we will assume that you are happy with it.OkPrivacy policy